Meg met a wonderful character called Douglas who needed legal help. Douglas was elderly and had been diagnosed with terminal cancer. His wife Ann had advanced dementia. Ann never knew who Meg was but she’d always say hello.

Douglas’s biggest concern was who would look after Ann if he died first. He had lost contact with family members over the years and none of them were willing to look after Ann in his absence. Unfortunately, neither Douglas nor Ann had put any of their affairs in order. They owned their property which had no mortgage and as well as having a joint bank account, Ann had a pension and savings in her own name. For Douglas, the priority was to find a good care home for Ann and to plan who would take care of her finances.

The first thing Meg did was to draft Douglas’s Will and to sever the joint tenancy so he could control where his share of the property went (as he didn’t want his sons to inherit his share). Sadly, as Ann had lost capacity Meg could not draft a Will for her.

Meg then suggested to Douglas that he set up a Deputyship Order (this is like a Lasting Power of Attorney for Property and Finance but is applied for when the person needing the Order has lost capacity).

Douglas trusted Meg so asked  if she would also be a Deputy so that when he died Meg could continue to look after Ann so that’s what we did.  Although the deputyship order would only deal with property and finances, Meg was mindful that there was nobody else who could tell care home staff what Ann liked and didn’t like so Douglas and Meg had many conversations about what Ann liked and what she didn’t like. Some related to what she would like to spend money on such as clothes and nice perfumes, she liked to celebrate her birthdays, she liked to have her hair blow-dried and she liked to listen to classical music and watch Westerns and so on.   This was really useful because Meg could share this information with anybody new involved in Ann’s care.  Very importantly, Douglas also told Meg that Ann would like to be cremated.

We then discussed Douglas’s wishes for future care, which included for him to die at home.  Meg therefore worked with him and his amazing healthcare team who put in place all the appropriate care planning to fit Douglas’s requirements. 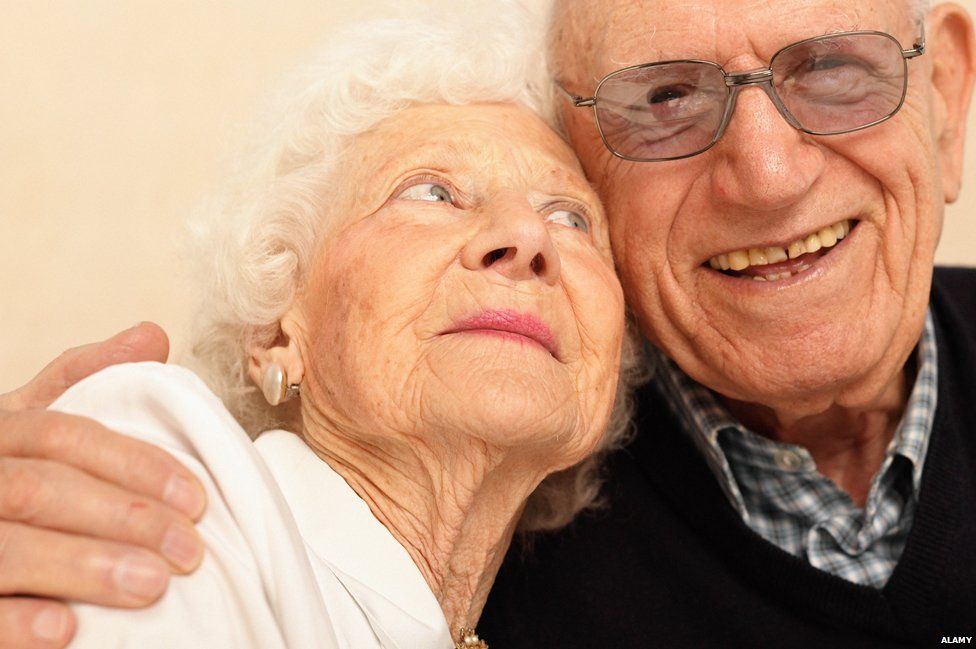 We then began the task of looking at care homes in order that Douglas would have peace of mind knowing he’d done his best by Ann. It was at a care home in Whitley Bay that Douglas said he’d like to paint Meg a picture and asked what she’d like.  Meg asked if he’d paint St Mary’s Lighthouse. He asked what her favourite colour was and Meg told him it was Yellow. So Douglas got to work on his painting and wouldn’t let her see it until it was finished, at which point he presented this beautiful painting of the Lighthouse. The lighthouse and everything around it was grey or black apart from a big yellow beacon surrounding it. He then explained to Meg that the black reflected his mood because he was frightened and didn’t want to leave Ann, and he said the yellow was Meg and described her as “a beacon, you warn people about dangers; you have protected and supported me and Ann in our time of need and taken care of us.’ Such a beautiful description, and not Meg herself had readily identified as part of the service she provided along with her team in LegaCare.  This was the eureka moment!  I realised that we could provide this level of holistic service to Kirbys clients.  They may not be seriously ill, but they may want somebody who is friendly, trustworthy, patient and caring and thinks about the whole of the Client’s needs, not just what will generate the most income.  It is so much more and so The Yellow Lighthouse Service was launched..

Meg supported them until the end.  She met with Douglas the day he died (which was a Friday), and he thanked her for looking after him and Ann, and for allowing him to die with dignity and peace of mind.  Ann died just 3 days later on the Monday. Meg arranged the funerals and even got a little wreath of flowers from Douglas to Ann, so in the end they went together.

How we can help
Request Consultation

Our dedicated team are here to help you with your legal needs, please don't hesitate to get in touch.